First mentions of lapta have been found in medieval manuscripts, and balls and bats were found in the 14th-century layers during excavations in Veliky Novgorod.

The Russian lapta is an interesting team game. In Peter the Great days this game started to be used for physical training of soldiers of Semenovsky, Preobrazhensky and Shevardinsky regiments and later for other military subdivisions. In czarist-era lapta game was one of the kinds of active leasure activities of people of different age and as a form of physical training of children, teenagers, young men and women. In 20-30s the Russian lapta was included into the list of physical training of the Red Army military forces.      Official championships in Russian lapta started to be held in Russia at the end of 50s, early 60s, then running of competitions was stopped for a while. A new step of the Russian lapta development was provided by the Decree of the USSR State Committee for Sports “On development of baseball, softball and Russian lapta” dated November 11, 1986. Holding of All-Russian championships was continued by enthusiasts in regions supported by state and public institutions of physical education and sport.

By the initiative of Federation, the Russian lapta was included into the program of the All-Russian   Students and Rural Sport Games.

Competitions are held on outdoor grass and ground sport fields as well as in sport halls and indoor arenas. Many Youth Sports Schools of the territorial entities of the Russian Federation opened 108 departments of the Russian lapta: in the Republic of Bashkortostan, Republic of Udmurtia, Voronezh, Novgorod, Tomsk, Chelyabinsk, Tula, Sverdlovsk, Bryansk, Yaroslavl, Krasnodar and other regions of Russia. The total number of people in Russia exercising Russian lapta exceeds 114 thousand people, more than 300 staff-coaches and volunteer-coaches are engaged.

Federal Agency for Physical Education and Sports in cooperation with the Russian Lapta Federation developed and approved educational program in Russian lapta for Youth Sports Schools and training manual “Process of work-out session by the stages of athletic performance”.

The Russian lapta develops significantly important physical properties of a person – quickness, force, coordination abilities, develops game way of thinking, smarts, team spirit and so on. From the point of view of technical elements, it is the most natural and available kind of sport in comparison with other sport games. Pupils of 5-6 forms could easily learn how to play the Russian lapta by only one class that is not possible in other game sports. Moreover, the Russian lapta does not require expensive sports facilities, equipment and special sport outfit. Everything your need are: usual tennis ball, wooden (self-made) bat, suitable sport field and desire to show yourself in this interesting national Russian kind of sport.

Substantial contribution to the development of the modern rules of the Russian lapta was made by the members of Federation Presidium Borisov V.I., Fokin S.O., Schemelinin V.I., and Kostarev A.Yu. Universal sizes of the play fields and bats were approved, server was introduced into the rules of the game, five-minutes rule was added, requirements to the Russian lapta players and referees outfit were set and so on. At this point, developed rules made Russian lapta game more dynamic, entertaining and interesting.

Famous Russian writer Kuprin A.I. gave an outstanding description of the national Russian kind of sport – Russian lapta: “This folk game is one of the most interesting and useful games. Lapta requires resourcefulness, deep breathing, faithfulness to your group, attention, dexterity, fast running, good aiming and marksmanship, strong striking hands, and firm eternal confidence that you cannot be defeated. The lazy and cowardly have no place in this game.” 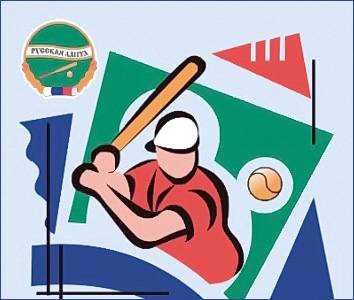 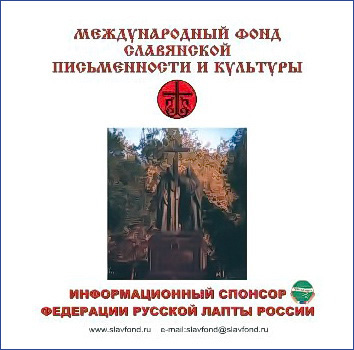